BLACKSBURG, Va., April 20, 2015 – William Hopkins, professor of fish and wildlife conservation in the College of Natural Resources and Environment at Virginia Tech, received the university’s 2015 Alumni Award for Excellence in Research. 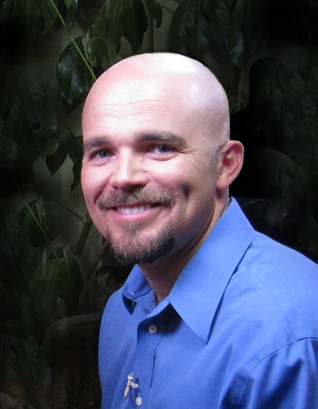 Sponsored by the Virginia Tech Alumni Association, the Alumni Award for Excellence in Research is presented annually to as many as two Virginia Tech faculty members who have made outstanding research contributions. Alumni, students, faculty, and staff may nominate candidates. Each recipient is awarded $2,000.

A member of the Virginia Tech community since 2005, Hopkins is a physiological ecologist who studies the influence of anthropogenic global changes such as pollution and habitat destruction on wildlife reproduction. .

Hopkins is regarded as the world’s leading expert on the effects of solid wastes produced from coal combustion on wildlife populations. These wastes represent the second largest type of solid waste produced in the United States and much of it is placed in open settling basins, referred to as ash ponds.

Hopkins’ research reveals that these disposal ponds pose a threat to wildlife because the ponds attract wildlife that are then exposed to high concentrations of pollutants like arsenic and selenium which can cause cancer, developmental abnormalities, and reproductive failure. Because of his expertise, Hopkins regularly provides guidance to state and federal agencies as well as the utility industry; provides expert testimony in Washington DC; offers perspectives to major media outlets; and served on the National Academy of Sciences Committee on issues related to the disposal and regulation of these materials. His expertise evaluating the effects of solid wastes on wildlife has led him to work on some of the largest environmental disasters in U.S. history including the B.P. oil spill and the TVA ash spill.

In addition, Hopkins is a pioneer in an emerging field examining the effects of microclimate on the early development of wildlife. Specifically, his research group has focused on how habitat conversion for agriculture, pollution, and weather conditions can interact to influence the incubation temperature of bird and reptile nests, and how this influences embryonic development and the quality and survival of offspring produced.

Hopkins has also broken new ground addressing one the most fundamental problems in all of modern biology: How do responses at one level of biological organization (for example, cell or individual) translate to responses at higher levels of organization (populations or communities)? Hopkins’ team has integrated field surveys, elegant laboratory and field experiments, and theoretical models to demonstrate that when a mothers’ health is compromised by pollution, it can influence the quality of the offspring she produces, which in turn can cause local population declines.

His team’s work goes further to demonstrate that effects on one population can actually influence the viability of other nearby, inter-dependent populations. These findings have created a new way of thinking, specifically, pollution in one place may actually cause wildlife population declines in other places that are not polluted. This work has implications for fields as diverse as human medicine, epidemiology, ecotoxicology, and conservation biology.

Hopkins has published more than 160 peer-reviewed articles and book chapters, more than 110 since joining the Virginia Tech faculty. He has received more than $10 million in external research grants.

Earlier this year, Hopkins helped create and is the founding director of the Global Change Center at Virginia Tech, which seeks to study and address large-scale environmental problems such as habitat loss, invasive species, pollution, disease, and climate change with interdisciplinary, innovative team science, drawing on the diverse expertise of researchers across the university. The Center is also the home of the Interfaces of Global Change Interdisciplinary Graduate Education Program.